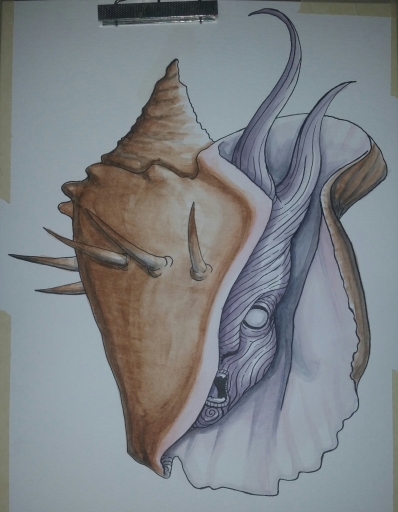 Andy did not know how to please any of them. It seemed that Tiffany wished him to simply disappear until something needed to be carried. Meanwhile Seth wished Andy to be a toy that did what he wanted, regardless of how painful or humiliating. Samantha just wished to…chastise him. His uncle and aunt wanted him to go home. They had said as much the other night, when he was laying on the couch in the living room and they were in the kitchen, drinking.
“Andy.”
Andy was surprised to hear Tiffany say his name.
“Yes,” he said, looking up at that tall girl with the long hair and longer legs.
“Why don’t you go pick some seashells for me?”
Seeing her in the bright sunlight, with the sand glowing around her and the water glistening on her slender arms, Andy would have done anything for her, including diving into the deepest part of the ocean as sharks spiraled around him.
Well, maybe not with sharks.
“What kind of seashells do you want?” he asked, knowing the difference between a conch and an auger and a scallop and such.
“The type that come from the sea,” she said with a shrug. “Put them in my basket.”
Andy immediately leapt up and began picking up the seashells that had washed ashore with the tides. There were countless shells cluttering the beach; some brilliantly colored with red stripes and yellow hues and burnished brown, and some blanched white with the kiss of the saltwater and the gaze of the sun. Tritons and mitres and cones and bonnets, figs and frogs and harps and spindles: he collected what he could. Yet, while the more simplistic shells were whole, the more elaborate conchs and spindles were shattered, some looking more like spiral bits of bone rather than shells. The lunatic tides were merciless in their anxious tossing and smashing of shells. They broke the more elaborate shells like a passionate woman breaking plates after news of her sailor husband being lost at sea. Only the plainer, more solid shells survived her passions.