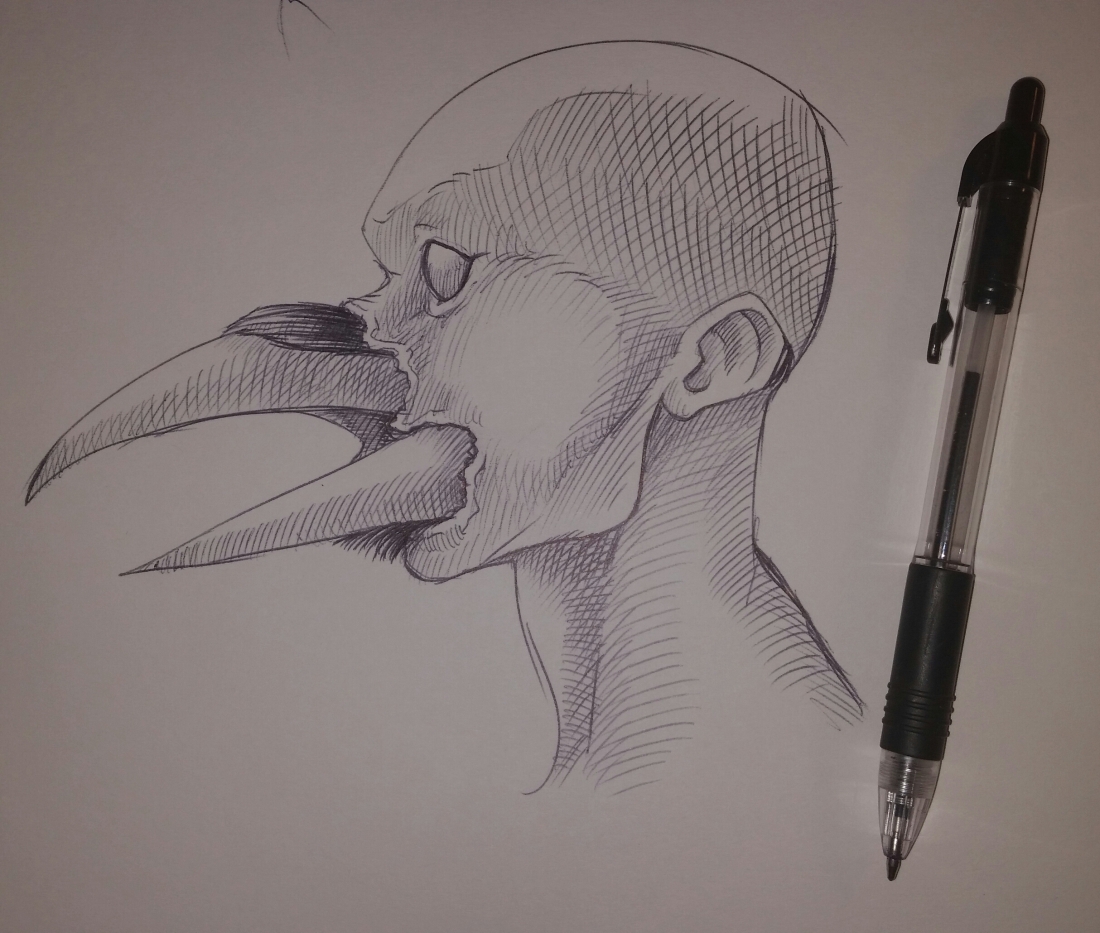 A croaking, crow-throated jester
who thinks himself the charnel king
of all things that fade and fester;
he delights in such corpse-feasting.

He is a fat frog, smug and bloated
on the flies that swarm a swamp of Death,
his complacent lily pad moated
by fetid waters and a miasmic breath.

Nor is he a frog-prince long ago cursed
by a witch using her black magic arts,
neither can his warty soul be reversed;
his smirk widens at an appeal to hearts.

Maggot-minded, his brains always teem
with the roadkill joys of life,
wallowing in the gangrenous cream
of accidents and tragedies and strife.

Battlefields are his favored playgrounds,
finding in their carnage endless mirth
as men are piled up in crimson mounds;
good fertilizer, he says, for the earth.

He is a patient vulture always at the edges,
like a valkyrie watching for warriors to fall
and laughing at them as he slyly hedges
his bets against one side, the other, and all.

He, himself, never cheers for any side,
considering Folly to be his only consort
as he admires his endlessly amusing bride
for her comic, cosmic, and karmic sport.

He is an organ harvester, a corpse collector,
a snide merchant of knowing smirks,
a plague doctor pleased by each new vector,
the profaner of the world’s most tragic works.

And, anthrax-tongued, his words devour
even the most cadaverous meaning left to us
dissembling like a carcass, hour to hour,
until only the bones remain—mors perpetuus.

Like Ammit, with its grinning crocodilian teeth,
as hearts are weighed on Judgment’s scales,
he awaits the caprices of Death to bequeath
his own sick pleasure in others’ travails.

He is ever a fiddleback recluse feeding
on those ensnared by the Web of Fate;
feeding on Life’s ironies, and always needing
more to satisfy his appetite for hate.

He is a carrion-seeking vulture
picking at the ruin of other peoples’ lives,
living only to enjoy a nihilistic culture
and speaking with a beak of butcher knives.

See how he feasts upon sorrow and ruin and rot,
claiming that he cares not one whit?
That is because he wishes to feel naught
and is, like me, a hypocrite.